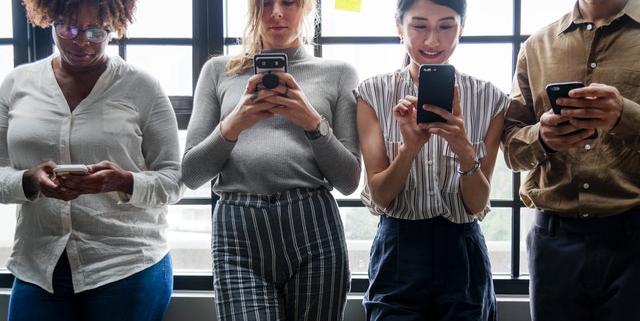 Smartphones are becoming just as powerful as the average laptop and desktop computer. As such, more companies are now integrating these devices into their roster of workplace tools, often as handier and far more affordable alternatives or accessories to computers – depending on what the situation calls for.

However, people tend to assume that smartphones and other mobile devices are less secure than computers. And there are a lot of misconceptions going on about data security within the mobile device industry.

In a society where information security is extremely important, the need to keep your data safe is a must. Misconceptions can lead you astray and prevent you from better securing your device. So we’ve decided to debunk the top myths on mobile security so you’ll know the truth behind them.

It’s true that smartphones are more prone to being stolen and that their data can be just as easily compromised. But in spite of these, they aren’t actually as vulnerable as you might think. In fact, most data breaches and cybersecurity incidents happen to desktops and laptops. This is because most malware and ransomware are designed to spread through computers. Unlike smartphones, computers have a larger capacity to store data, making them more attractive targets for cybercriminals.

The vast majority of mobile users are divided between two leading platforms – Google’s Android and Apple’s iOS. iOS users are often quick to point out that Android devices are prone to malware.

The myth is so pervasive that some companies offering mobile devices to their employees limit their option to iPhones. But the fact of the matter is that Android devices aren’t any more vulnerable to attacks than iPhones and other iOS devices.

It’s no different from the “Android is unsafe” myth – equally pervasive and just as bogus. Apple does run a pretty tight ship when it comes to safety and security, but the potential for security threats still exists. Since malware and ransomware are evolving at faster rates than security protocols, your iPhone (or any iOS device) will be at risk of being infiltrated if you’re not careful about the sites you visit or the links you click.

The bottom line for both Android and iOS devices is that both can be compromised.

Myth #4: Hacking and malware are the only vulnerabilities of your mobile device

Hacking and malware may be dangerous, but these are often direct attacks which can be anticipated – and therefore, prevented. Furthermore, they aren’t the only possible ways that information can be stolen, leaked, or corrupted.

In most cases, the biggest threat to your device security comes from within the company itself. Whether it’s an untrained employee or a disorganized IT infrastructure, your mobile device will continue to be at risk of a data breach. Implementing a cybersecurity policy can help keep your workplace devices more secure and better protected against data loss.

How to Make Your Employees More Cyber-Aware
Scroll to top