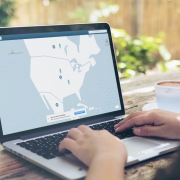 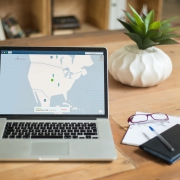 Virtual Private Network (or VPN) will help you be anonymous online. But wait! Before you think VPN is all you need, it’s not.

What can VPN do?

Your VPN will give you anonymity and privacy only to some extent. However, your real identity is still revealed to the VPN provider and your Internet Service Provider (ISP), making you NOT entirely anonymous. It’s really a common misconception that VPN is the ultimate privacy tool, but the VPNs will only mask your IP address so that others may not spy on you. Websites will see your chosen VPN browsing their site, and not your own IP address.

You see, every sites you visit, you usually reveal your IP address, your unique ID that connects to your computer. The same is true for “incognito mode” on web browsers; it does not offer privacy. Private browsing will NOT offer protection. Additionally, it will not prevent websites from collecting your personal information. It will only delete browser history and not keep anything on your computer. That’s it!

What are the factors to consider in choosing a VPN?

So, now you know the scope of protection VPN and private browsing provide, it’s time to breakdown what you need to look for in a VPN provider. As I mentioned earlier, your VPN provider can still monitor and keep track of all your activity on the web. The only protection it provides is shielding your internet traffic from prying eyes by masking your IP address. With this being said, I believe that you should use a VPN provider that you absolutely trust.

How do you choose? Well, these are the top 4 points to consider when selecting a VPN:

With over 100 VPN companies to choose from all over the world, it’s hard to pinpoint just 1 best solution. At the end, the VPN to choose really depends on your needs. That’s why Omnipotech is here, and we will help you assess your needs. You can contact Omnipotech Support Center now and we will help you because we know how daunting it is to select a VPN that’s right for you. Whether you need help in IT consulting or have any questions on cybersecurity, don’t hesitate to call us at 281-768-4800!