Shadow IT refers to both hardware and software within your company that your IT department did not approve. It’s usually a negative term since IT departments don’t even know that the employees are using such products.  Shadow IT also raises security issues within the company due to its unregulated and vulnerable nature. 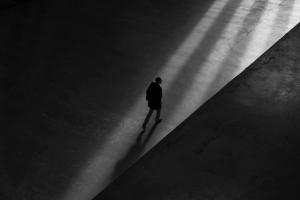 Why employees resort to shadow IT

Shadow IT is actually the fruit of employees’ effort to combat bottlenecks and augment the backlogs of the company in terms of resources. Typically, employees have the following reasons behind shadow IT:

*It fixes slow processes that delay their work

Even though most employees rely on shadow IT for positive reasons, it jeopardizes the cybersecurity of their company. In fact, a big chunk of successful cyberattacks were staged with the help of shadow IT.

Risks associated with Shadow IT

The leading problem with shadow IT is the increased risk of a data breach. Since these platforms aren’t regulated, the company doesn’t control who accesses their systems and where they do so.

Also, former employees may still retain access to your system, which will allow them to funnel sensitive information in and out of your organization.

Aside from that, credential theft may take place. It will lead to a slew of cyberattacks and breach in various parts of your business.

Hackers always target the weakest point in your network. They find shadow IT the easiest way to infiltrate your system since the device and platform are not regulated or protected.

The thing with shadow IT is that no one can report the issues unless the user is vigilant enough to see tell-tale signs of attacks. Since no issues are raised, no patches will be issued to fix the problem and reinforce the hardware or software.

When it comes to running IT platforms, the main concern is the possible data loss. Shadow IT doesn’t have backups, which means that any files saved or processed in it will not be saved in case of a glitch or an attack.

Also, hackers can use this as a portal to loot your system. Some would even hold the files as ransomware.

Sure, shadow IT may speed up the processes within the organization, but a single glitch can turn the tables. Since it’s unregulated, the IT department will have to exert more effort to mitigate the problem. Unlike regulated IT, shadow IT will demand more time and resources to fix.

In some businesses that experience major problems with shadow IT, their system could be down for days.

Education and auditing are two important steps you can take to eliminate shadow IT within your company. However, you should know that this isn’t an overnight task. You need to mobilize your IT department to detect any form of shadow IT and replace it with alternatives that will work better and safer for your company.