The myths about viruses and malware are as rampant as the viruses themselves. This leads many companies to adopt inappropriate solutions. Some don’t act upon the discovery of the malware, thinking that it’s only a small problem. Worse, some employees can’t even identify the presence of computer malware until it has started to wreak havoc on the system. 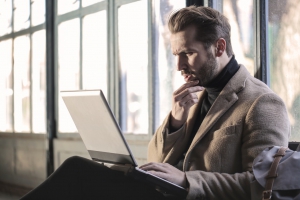 So before you become the victim of these myths, we have debunked some of them below.

Although you won’t be able to see it, the malware will have infected your PC completely. You’ll need to scrub it off using an antimalware software or the help of an IT expert. Deleting one file won’t do anything.

Any piece of tech that can store data can be infected with malware regardless of its brand. Although your Macbook or iMac can’t be harmed by Windows-based malware, you can still contract Mac-based viruses. In fact, one of the first computer viruses ever made was targeted at Apple. So even if you have that fancy Mac, you’re not invincible to these threats.

All pop-ups are malware

Pop-ups are annoying, but not all of them contain malware. If it’s within your browser, it’s probably not malware. But for your safety, don’t click on these pop-ups, especially if they tell you that you’ve won something. Just look for the close button, which can also be tricky as some use multiple X marks to trick you into clicking.

Firewalls are enough to protect you from malware

Firewalls serve as your first line of defense, but they will only delay the threat from advancing. So aside from this tool, you should also adopt further layers of security. In fact, firewalls can only keep you safe from malware called ‘worms’. Worms are malware that transfer from PC to PC and aren’t as threatening as other viruses.

You’ll know right away if your PC is infected

Nope! Modern malware has been designed to look like a regular file or window. So while you stay complacent, the virus is proliferating on your system. It will only take a matter of time before it explodes and compromises your data security.

This one is the most ridiculous myth ever. Antimalware companies don’t create malware just to keep their business running. It’s like saying that the police are committing crimes so that they can arrest somebody. This is just pure conspiracy and 100% unfounded. In fact, antimalware companies fight these threats, which are produced by hackers who want to milk money from infected PCs.

You won’t have malware if you don’t download anything

Some people think that as long as they don’t download anything from the internet, they are safe from malware. Remember that every thumb drive that you plug into your PC can carry malware. Emails and hidden windows can also download files in the background. The only solution to keep you safe from malware is placing security layers on your computer.